Is the Idea of "Growing the Game" Hurting Golf? - USGolfTV

Is the Idea of “Growing the Game” Hurting Golf?

Growth. At any organization or business, the same question gets asked. Beyond many of the necessities to be addressed–managing costs, managing people, etc.–the question of growth always makes its way to the forefront. How can we grow?

Golf is not exempt from these talks.

With competition from major sports playing a huge role in participation for young kids, the boom of golf course development in the 1970s, 80s, and 90s leading to saturation, and the growing demand on our life’s time, golf and its participation has suffered.

So this one question has continued to be asked:

“How can we grow the game of golf?”

Thinking this way may prove dangerous for golf, and thinking of these ways to grow the game in big ways, could be hurting the game more.

Growing the game has become paramount to promoting golf, in general.

[bctt tweet=”Promote the values golf offers to create an environment of inclusion.”]

The State of the Golf Economy

Studies have been released in excess over the past 24 months highlighting golf’s recession. Much was noted in the economic collapse of 2008/2009, but the issues within the golf industry have continued to progress. A few recent years have shown minor upticks, but nothing close to the way golf was 8-12 years ago.

Golf is a $76 billion industry. Where are all of the golfers going?

In 2003, golf reached a peak of over 30 million active golfers in the United States. Since that time, studies have shown that number exists below 25 million. Five million golfers have left the game? Is that possible? We’ve lost 20% of our golfers, numbers don’t lie.

The 2000s were the first decade to represent a decline in the growth percentage of golfers. Each decade, dating back to the 1950s, experienced a growth in the number of golfers decade-over-decade. Perhaps an inflated number in the 1990s fueled this dip, but the 2000s dipped nonetheless.

Right now, the golf industry is in a state of peril. Uncertainty about the future and the direction of the game is leading to an array of ideas generated to “help” the game.

To clarify, golf isn’t going anywhere. It isn’t going to vanish into the annals of history. But sustained periods like this will continue to lead to job loss, like with Taylormade cutting 14% of its golf staff, and regression.

So how do people plan to “help” golf?

[bctt tweet=”Golf is a $76 billion industry. Where are all of the golfers going?”]

With golf being “too hard”, companies have started to develop products to help alleviate the pressure the game places on its participants. An example of this is the XE1 Wedge, a wedge marketed with the notion that no practice is necessary. Thoughts on the club can be read here.

Golf companies have tried to take matters into their own hands, developing over the past 10 years drivers with club heads which have inflated to 460cc. The average handicap of golfers have not significantly dropped in the meantime.

I mean, better and more innovative equipment is bound to help the masses fall in love with the game again and improve in droves, right? False.

Like anything, golf takes time and effort to improve. It’s a difficult sport, just like hockey, baseball, and football. Baseball does not market “the bigger and better baseball, easier to hit!”

The idea of 15″ cups have been introduced to make the game easier. As a whole, we expect to be spoon fed success and happiness. Isn’t golf’s challenge part of its allure? 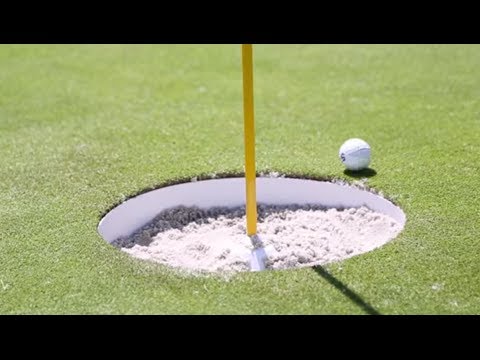 Golf, as an activity of leisure, is often forgotten as a sport, which requires practice and some effort to get enjoyment from it.

As for the time commitment… 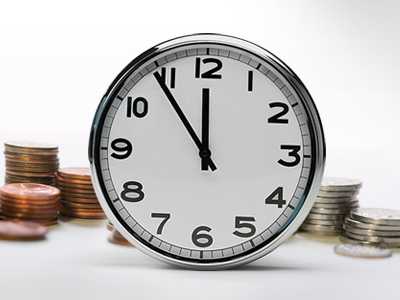 The time it takes today to play golf has continued to grow as well, where rounds of golf now take upward of 5 hours to play.

Jack Nicklaus, in 2013 during the Masters, had a few theories on slow play. I’ll apologize in advance for the length of his quotes below, but they were too meaty to condense.

The main culprit (in) slow play, to me, is the golf ball and the distance the golf ball goes,” he said. “Golf it used to take three hours, three and a half hours, British Open, you used to play the last round in three hours or less. Today they take close to five hours.

If we went back and left equipment alone but changed the golf ball and brought it back, you played a shorter golf course, not only from the Tour standpoint would it be good, but a shorter golf course all through the game would mean less maintenance cost, less cost to play the game, quicker play, less land, less fertilizer, less everything, which would make the game more economical.”

Nicklaus makes some great points here. If the premise of his thoughts were included and golf courses made a more intentional motion toward speeding up the game, progress toward a faster game could start to take place.

Ideas for 6-hole golf courses, more par-3 courses, and restrictions at facilities have been presented as well to help address this. To help fill some of the vacant tee times, some courses have started to give their courses to “soccer golf,” and idea given merit for growing the game. It’s an idea where players kick a soccer ball around a golf course, attempting to hole out with a score, similar to golf.

As for the cost of golf, price sensitivity is always going to be a factor. Golf could be tiered better, offering cheaper options for better golf at lower price points, helping to increase volume. But I’m no economist and diving into the pricing probably deserves a blog of its own.

After all, Tim Finchem claimed in an interview earlier in 2015, that millennials ages 18-34 are at an estimated 6.3 million golfers. That’s a number that accounts for over 25% of golfers, a healthy number when parlayed out over all age groups.

So how can these issues be addressed and applied to the industry as a whole? We’ve seen the idea of “growing the game” run rampant in the sport.

[bctt tweet=”Golf, as an activity of leisure, is often forgotten as a sport.”]

Why They’re Hurting the Game

Golf is a sport with a rich history. Golf rests on principles taught beautifully by the First Tee program. These are the principles that need to be upheld and promoted.

Golf’s “growth” catalysts are catering more toward this theoretical “potential” golfer. The person who would like the game more if there were 15″ cups and soccer balls all over the course. That if golf took 4.5 hours compared to 5 hours, golfers would play three times a week. That easier to use equipment will revolutionize the game.

None of those “growth ideas” are upholding the game.

It is taking the game away from the people who’ve grown to love and enjoy it over the past 100 years. It’s taking from the values of golf.

Let’s not reduce the game, just to see it “grow.”

What does golf need to do to fix this?

Perhaps the solution lies in the simple fact this is natural. That the number has been reduced to only 25 million golfers and will not absolve to 0. That absurd measures need not be taken.

In response, more golf courses and extravagant facilities need not be built. Excessive numbers of new equipment need not flood and saturate the market place, except if only to bring the cost of equipment down some. Golf took a dip in participation. Let inclusiveness and more intentional time with youth and non-traditional golfers change our future, not gimmicky ideas.

Golf is still dominated by older, white males. Let’s increase the involvement of minorities by teaching them the game at a young age and giving them access to golf courses. We should continue to promote programs like the First Tee and others, aimed at giving the game to the next generation. Truly creative pricing structures will increase play to a degree, as well.

The ways to truly grow the game are to promote the values the game offers and to create an environment of inclusion.

I’ll be at the PGA Merchandise Show in Orlando here in a month. I’m sure I’ll run into a person or two who has the next revolutionary idea for golf and growth.

I wonder if it will have merit.