S7K Stand Alone Putter Review: How Can This Be Legal? - USGolfTV

S7K Stand Alone Putter Review: How Can This Be Legal?

And yes, it stands in place, all by itself.

Anytime you try to hole a putt, there are a number of variables that need to be aligned for it to go in the hole. And if you are aimed incorrectly, you can literally do everything else correct and still miss the putt.

That’s where the S7K comes in. 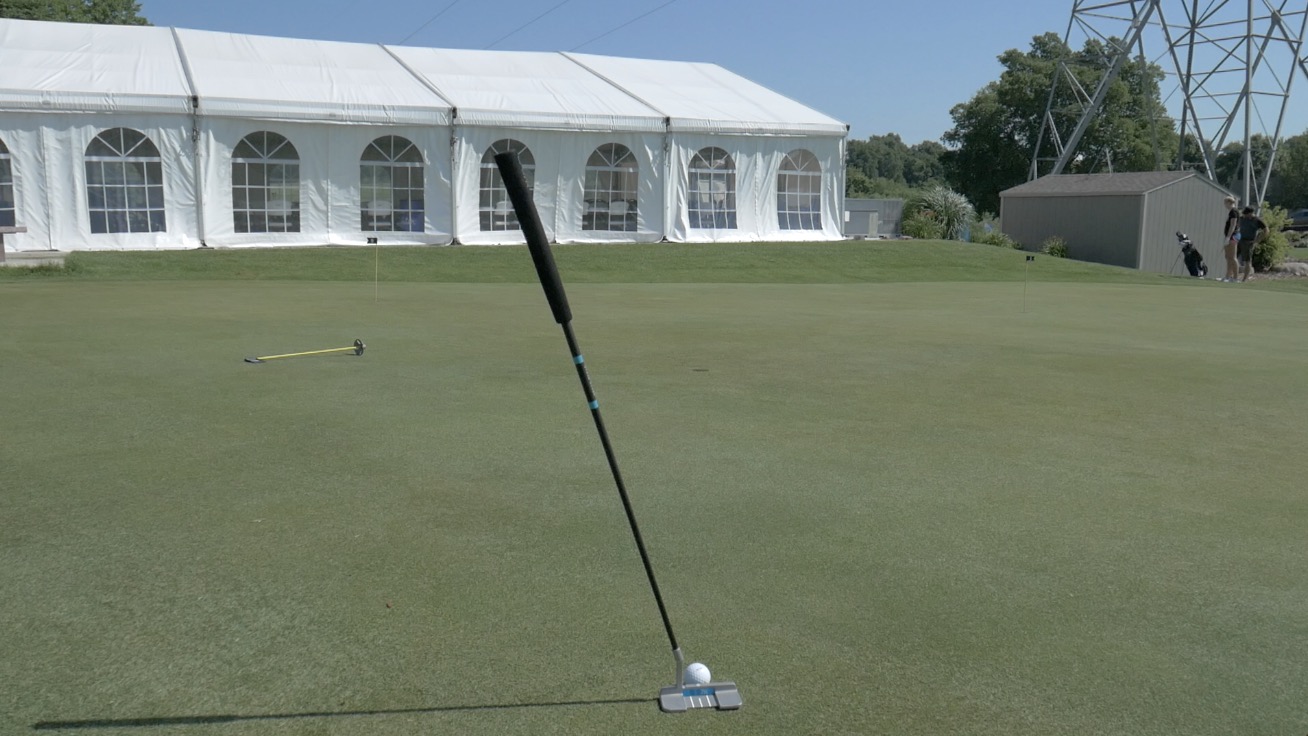 It’s a solution for golfers who want an easier way to aim putts.

Former MLB pitcher (and Baseball Hall of Famer) John Smoltz raised the eyebrows of “golf Twitter” back in January when he was seen on the Golf Channel with his Bloodline putter — a stand up putter that has the same effective feature. (More on that below in our S7K vs. Bloodline section).

No hands, no problem 😎

This has stirred up a wide range of curiosity, intrigue, and controversy about the legality and consequences of a putter that stands alone.

Now, Mr. Smoltz is not a long-time Tour player, but he does have a USGA handicap card with a shiny +1.5 index.

Plus handicaps using this style of putter brings an element of validity to the concept.

Built by the same folks who brought you the A14 Autopilot driver, there is merit to the theory this putter stands on.

Let’s dive into the S7K putter!

How is this putter able to stand on its own?

Well, let’s start with all of the specs of the putter:

A standard length for a putter.

A pretty standard loft for a putter (perhaps slightly on the low end, but compensates for hand position).

This is a standard lie angle, perhaps on the flat end of standard.

This is going to get really “science-y,” but simply put, the higher the better. In fact, there are rumors that Cure Putters is building a putter that will boast an MOI of 18,000. 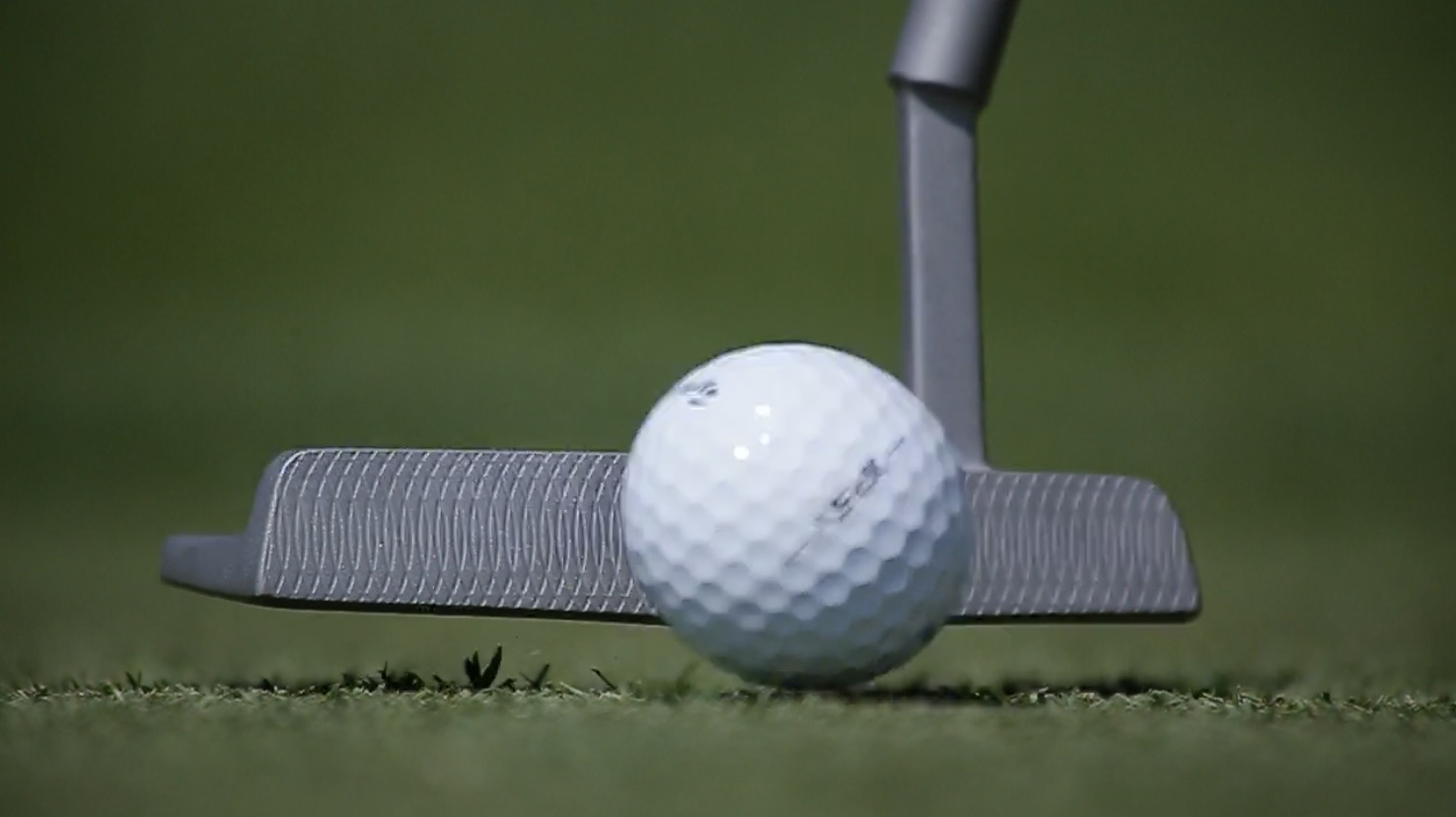 Most of the standard putters on the market have MOI from 4,000 – 6,000. Often times, higher MOI means more stability.

It did feel slightly larger than a standard grip, which I liked.  Thicker grip tends to help amateurs handle the club better, especially those with lots of putting stroke inconsistency.

Most standard putter heads will weigh between 300 – 400g, but this is a very nuanced question.

Given the shape of the S7K putter head, this is a fairly heavy head. It’s needed to allow the putter to stand upright.

There isn’t a putter on the market where the grip and entire shaft represents less than 15% of the putter weight (11.1%). This is the secret sauce to the S7K.

If you’re a stainless steel need, feel free to learn more about 431 stainless steel. This is a personalized question for each putter, so go with whatever feel is best for you. 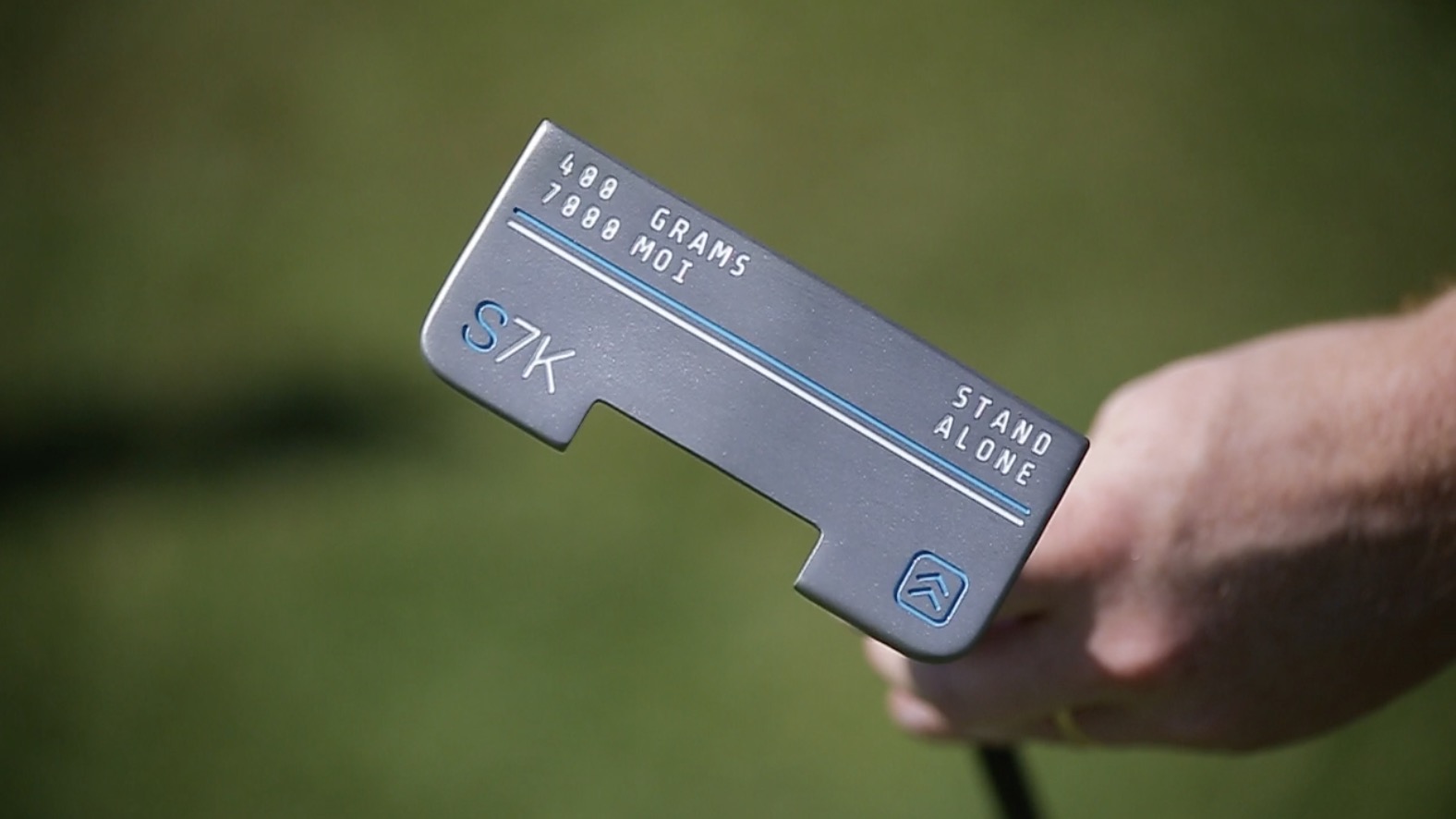 And an extremely light graphite shaft, at that.

This number seems about right, as the toe of the putter needs a lot of weight to allow the putter to stand.

And now that the specs are dialed in, let’s explore price.

Their sales page boasts that many of your buddies may believe this is a putter with a retail price of $250.00. They are quick to correct you with their slick marketing copywriting that this putter is well below the median putter price.

Low, high, or otherwise, this putter retails at roughly the same price point as some of the premier putters in the industry.

How Does the S7K Compare to Traditional Putters?

Obviously, the elephant in the room is the unique stand alone feature. That’s the main differentiator.

With the range of putters in the world today, I have a hard time deciphering what “traditional” even means. Truth be told, the putter head felt quite traditional in both material and shape. They didn’t seem to cut corners with low quality building materials. 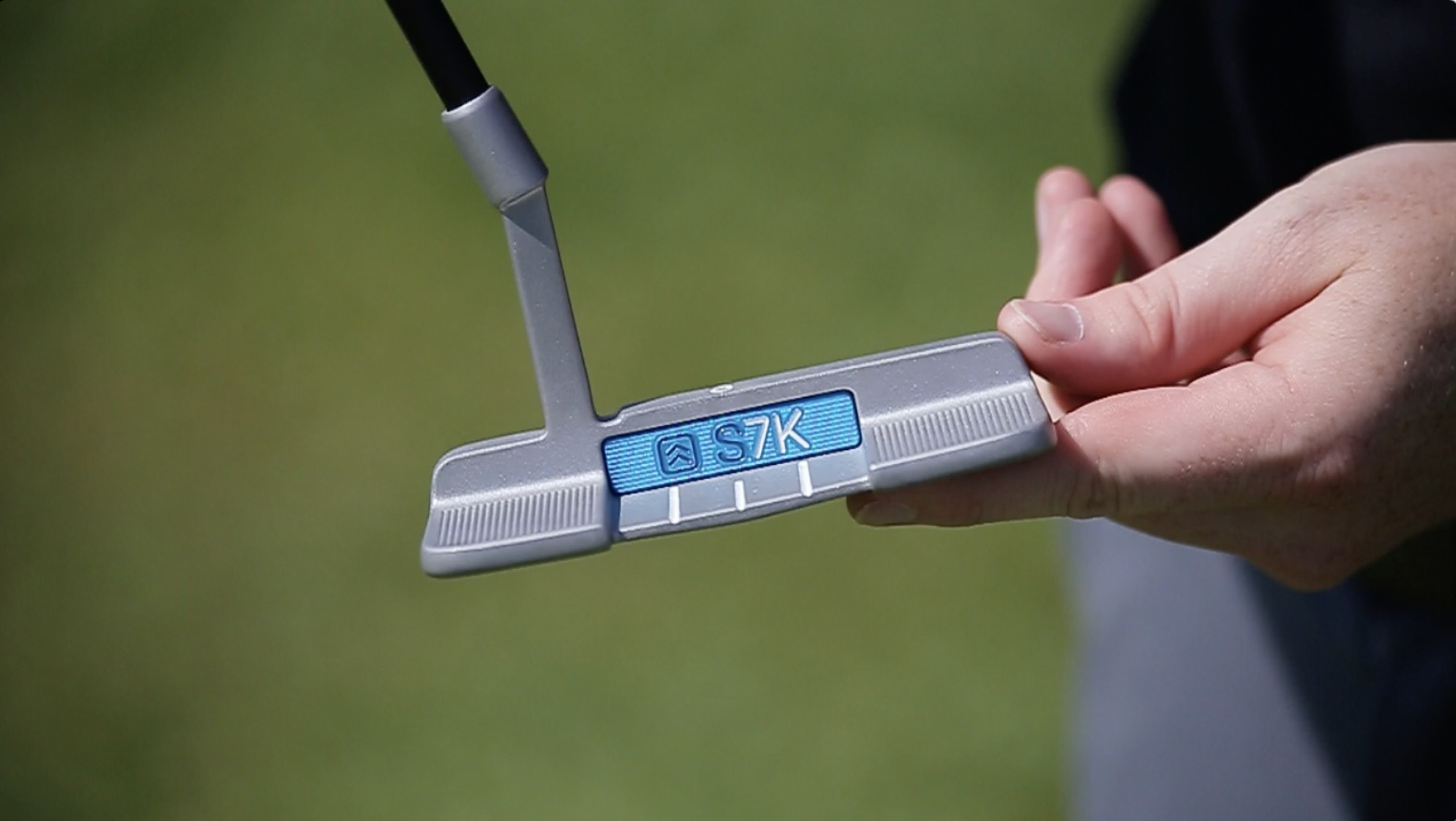 I’m actually going to question the validity of this question — truthfully, what is traditional?

Putters come in all shapes and sizes.

The putter has a heavy head, a gravity-less grip, a hollow shaft and it stands alone. Let’s keep this review moving!

The Claim of the S7K Stand Alone Putter

The main claim on the website is: “With the S7K Putter, you can place the blade behind the ball and line it up precisely while looking directly down the line.”

There really are no other claims or promises behind the putter.

A question that commonly follows the claim above relates to conditions. Does this putter stand in rain, wind, and on slopes? Their website says: yes.

Well, we tested it on some severely sloping South Dakota greens and surely, the putter stood. See? 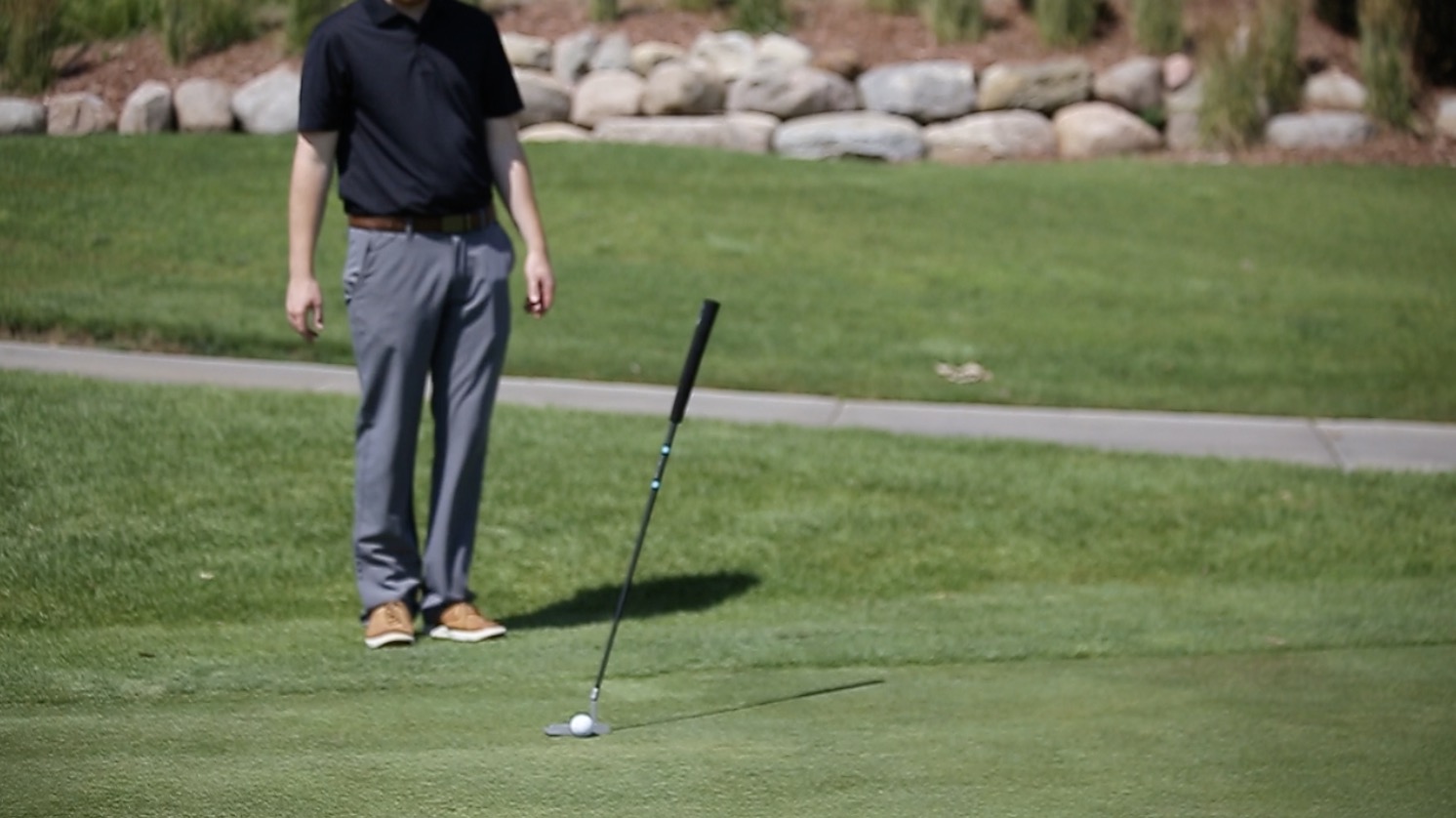 You’ll see other statistics on their website like, “on putts inside 10 feet, fewer than 10% of golfers consistently line up correctly.”

They really place emphasis on the aim and I’ll agree.

But that’s for the Verdict section below.

We alluded to this above with our John Smoltz reference.

The Bloodline putter (which is apparently used by Ernie Els?) effectively does the same thing as the S7K.

Both putters stand on their own without aid.

I did some light digging and was unable to find specific information as to which putter hit the market first.

Of course, our video review on USGolfTV last summer was done in response to Golf Channel ads our team viewed. We assumed the putter was launched not too soon before our seeing of this ad campaign.

However, on the Bloodline website, founders Brad Adams and Larry Bischmann have been working on this project for over three (3) years.

Perhaps Bloodline was first, but it’s hard to say.

At the end of the day, Bloodline appears to have the premium product based on R&D, messaging, and price point.

We did not test the two against one another.

Learn more about the specifics behind the Bloodline here.

Is the S7K Putter Legal?

This is a common question surrounding putters like this that hit the market.

Am I going to get dinged for a penalty by taking the S7K putter into competitive play?

The answer: No, you will not.

This putter is USGA and R&A legal (the ones who formally regulate the rules of golf). 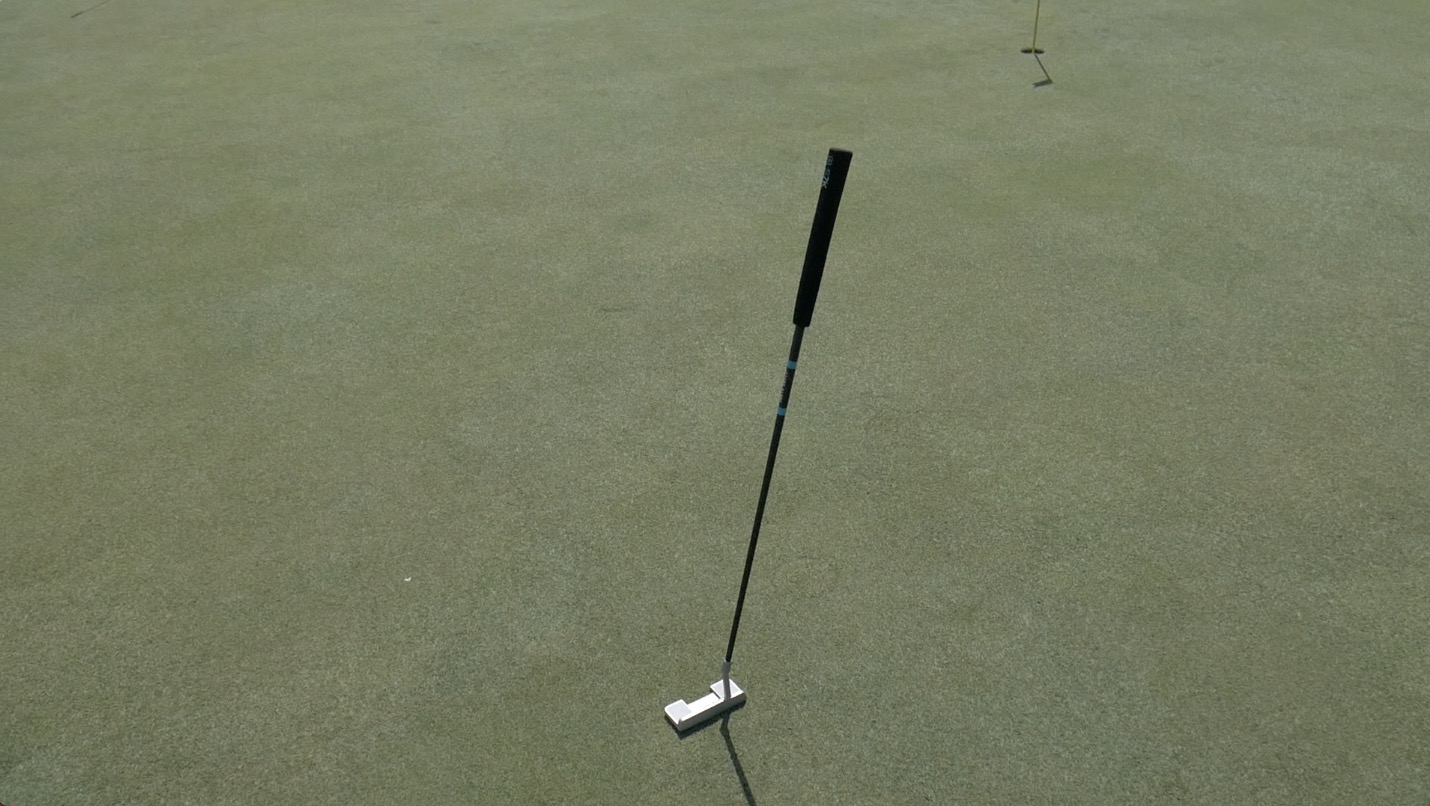 According to the USGA (and say what you want about the organization itself), “self-standing putters are allowed to be used” during competitive play.

Now this raises another personal question as follow-up: how is this different than alignment aides (illegal, under USGA Rule 8-2) during a stroke.

That’s a good question, but the answer lies in where the putter lies. If it sits next to the ball, it is legal.

Bullet dodged by the S7K.

There are other concerns with this putter other than the legality.

Few online have griped that a putter like this is going to further accentuate the pace of play problem we’re already having in the game.

One tweet: “you really think letting guys line up their putters all day is going to speed up play??” 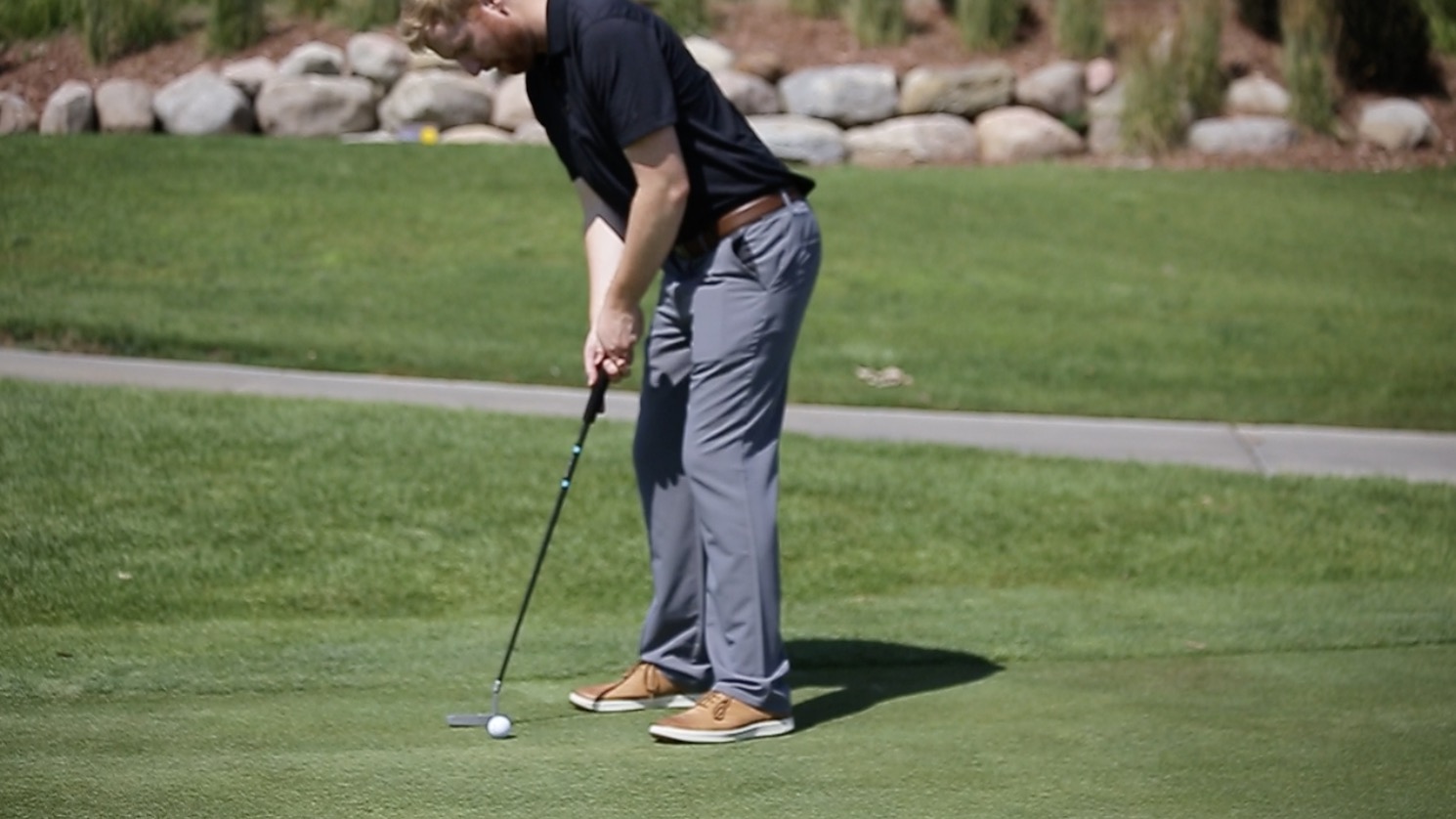 While I understand the concern, I don’t view this being a problem, by and large. The same player who is going to doddle lining up his S7K Stand Alone is going to be the one fidgeting endlessly with his traditional putter.

Slow players play slow.  Now, that is not about to change, especially in your weekend foursome (though hopefully this will speed up the professionals).

I don’t see the S7K further escalating that issue.

The S7K Stand Alone putter was designed to achieve a singular objective — help golfers who can’t aim on the greens.

To do this, they were forced to ignore every other element about a putter. Having the putter “stand alone” without aid was paramount during research and development.

Not only did the putter need to stand, but it needed to stand with proper alignment to the target line.

Another thing I noticed was that in order for the putter to stand on its own, it would consistently create the same hand position.

When I used it, I felt a bit like Zach Johnson, as my hands were preset either even with the ball or slightly behind it.

Good, bad, or otherwise, I typically putt with a slight forward shaft lean, so that was an adjustment. 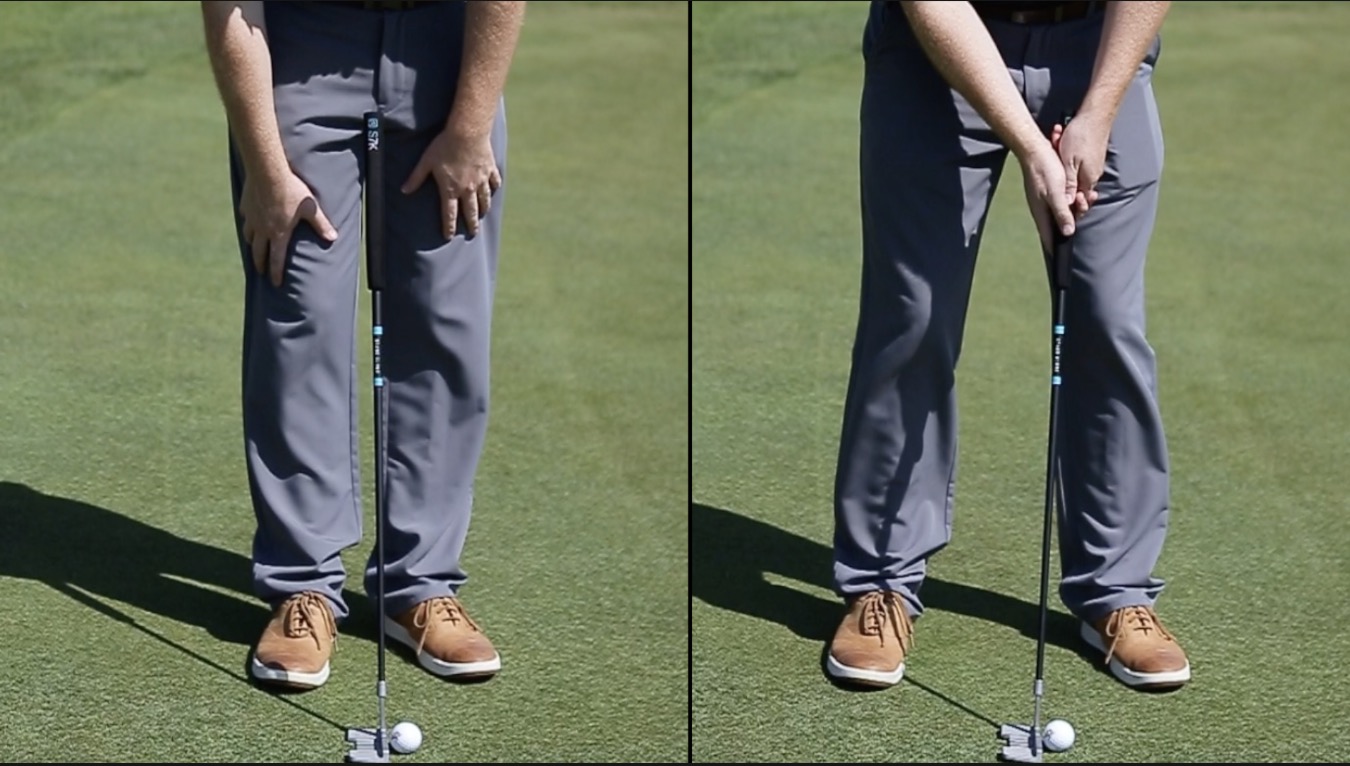 I’m not going to use the word “gimmick,” because I do there’s a method to the madness here. However, there are many elements that go into a proper putter. This group was forced to sacrifice many of them in pursuit of a putter that “pulled off their trick” of standing upright.

My belief in putting: all a golfer can do is hit a good putt. For the 99% of golfers, aiming the putter is not a physical limitation, it’s a mental one.

The great putters in the game find ways with their mental approach to be consistent with their aim.

If you’re desperate to aim on putts inside 10-15 feet and have found no other solution, this putter could help.

If you don’t have time to perfect alignment, this putter could help. 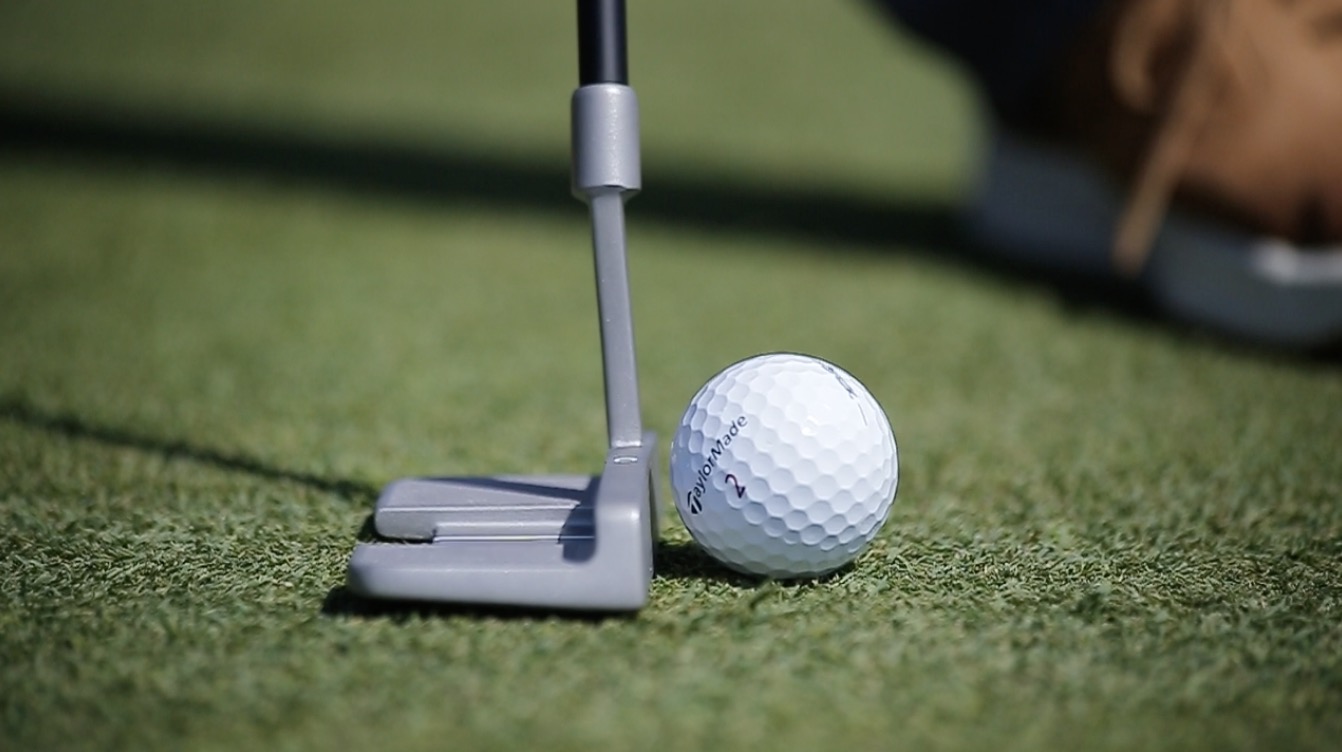 Ultimately, while this putter would not go in my bag, I do believe there could be benefits for certain golfers.

Putting is a deeply personal part of the game.

I’m all for anything that makes a player putt better — so long as I’m not playing them in an afternoon nassau.