Golf Lag: How Lag Can Decrease Your Distance - USGolfTV

Golf Lag: How Lag Can Decrease Your Distance

If you’ve done any research on how to increase your clubhead speed, you’ve almost certainly heard about golf lag.

You probably know lag as the secret of the pros . . . the ultimate key to finally getting the distance you want. Increase your golf lag, increase your yardage, right?

Not necessarily. In fact, lag may be what’s keeping you from achieving the distances you’re capable of. I’m going to explain why decreasing golf lag can actually be the key to increasing your distance.

But first, let’s get clear on what we mean when we talk about “lag.”

What is Golf Lag?

Lag is a complicated concept that can be defined several different ways. If you’ve researched the subject in any depth, you may have found that different instructors use the term a little differently, even though they’re essentially saying the same thing.

This is one reason why amateur golfers can have an especially challenging time improving their swing by incorporating lag. So, let’s keep it simple here.

For our purposes in this article, “lag” refers to the angle between the butt end of the club and the clubhead. The bigger the angle—the more the clubhead “lags” behind the club handle—the greater the golf lag. When your club is positioned straight up-and-down, you have zero golf lag. 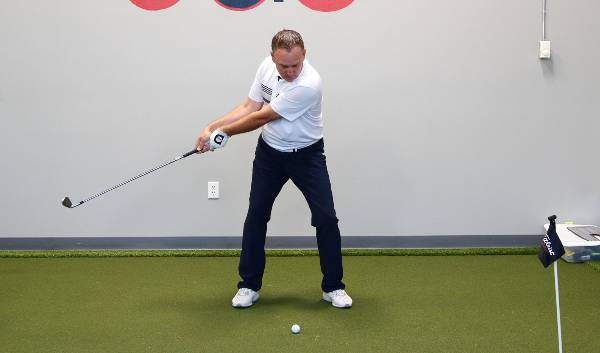 Now, lag is not a bad thing. But it’s important to realize that it’s only a good thing if you use it at the correct point in your swing. This is where a lot of golfers lose their way.

When Golf Lag is Good

You want lag in the transition from backswing to the downstroke. At the top of your swing, when you reverse the direction of your club, you want to speed up the club handle and slow the clubhead. The clubhead should trail behind, creating that big angle of lag.

Most amateur golfers instinctively do the opposite. They amp up the speed on the clubhead and even swing it out ahead of the club handle. While it isn’t great form, this instinct is completely natural. Most people realize the harder they hit the ball, the farther the ball flies. So, they try to start packing the clubhead with as much power as possible at the start of the downstroke. 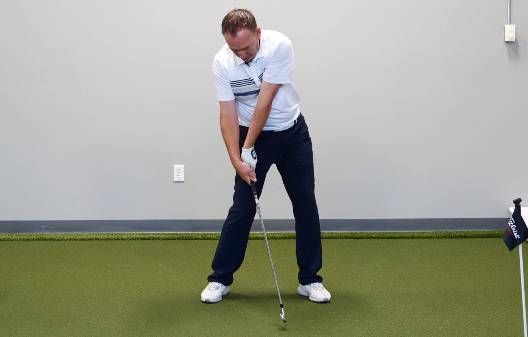 Tour professionals know you can load the clubhead with more power at impact if you let it drag behind at the top of the swing. This is why lag is so often talked about as the secret of the pros and touted as the answer for amateur golfers who dream of long, solid shots.

I don’t necessarily agree. I would argue that the truth is far more complex.

When Golf Lag is Bad

Incorporating lag into your golf swing only helps you if you release the lag at the bottom. This is where the emphasis on lag fails a lot of weekend golfers. Amateur players become so determined to create that game-changing angle of lag that they maintain it through impact. Remember, you create that angle by slowing the clubhead. A slower clubhead means less energy to transfer to the ball, and less energy means a shorter ball flight.

The pros put lag into the top of their swing specifically so they can let the lag out at the bottom. By releasing the lag, they create a whip-like motion that kicks extra energy into the clubhead so it’s moving at maximum speed at impact.

Imagine your golf club is speared through the center of a weighted ball. The ball slides along the shaft of your club depending on how you move the club. Think of this ball as energy moving through your golf club. At the top of your swing, gravity slides the ball down towards the handle right? 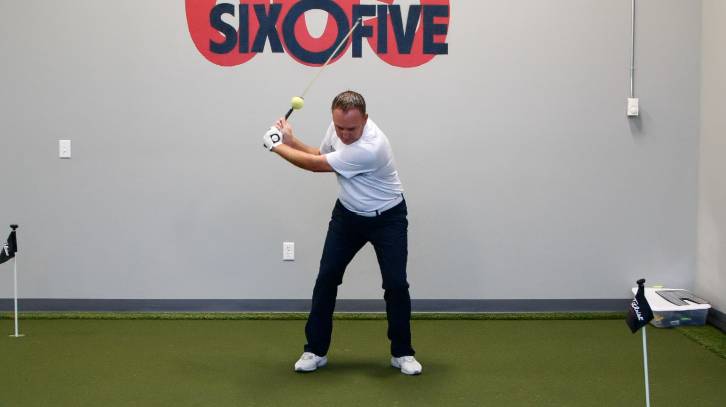 Then, when you create lag on the transition, that deep angle between the handle and clubhead keeps the ball more or less up at the top of the shaft. If you maintain that angle through impact, the energy will be high up in the club, instead of in the clubhead. However, if you release the lag and zero-out that angle at the bottom of the swing, the ball—the energy—will drop hard into the clubhead for a more powerful impact.

Getting the Feel for Effective Lag

As you have probably realized at this point, mastering lag is about mastering timing. If you don’t release your lag by the moment of impact, you’re likely to hit more toward the heel and see a shorter ball flight. It can be challenging to get the feel for timing, but there is one tool that can really help you.

You may have heard of the Orange Whip. It’s a training aid that features a flexible shaft, an orange, weighted ball where the clubhead would be, and a counterweight at the handle. We use the Orange Whip a lot at the academy, particularly for training in balance and rhythm. 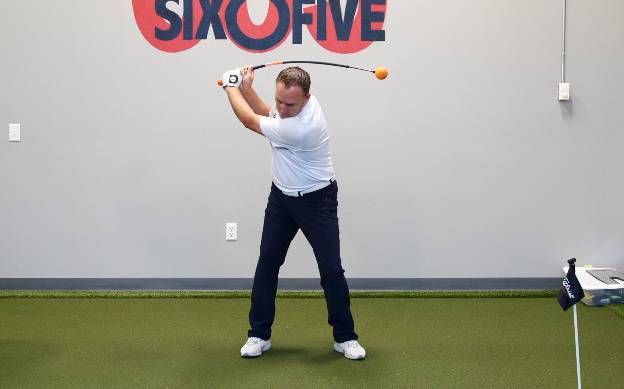 However, I find that the Orange Whip is also helpful for golfers who want to practice effective lag. Because the shaft bends with the weight of the orange ball, you get an exaggerated illustration of how energy moves throughout the club. With a proper angle of lag at the top of your swing, you’ll feel the ball loll on the shaft. And if you release the lag at the bottom, you’ll feel that whipping motion as the ball swings into motion, taking on more speed and energy. Practice swinging with the Orange Whip regularly, and before long, you’ll have mastered this tricky timing.

FEATURED: IMPROVE YOUR CHIPPING WITH ONE SECRET MOVE

Now that you have the more comprehensive view, let’s pare it down to the basics. These are the broad ideas to keep in mind the next time you hit the golf course. 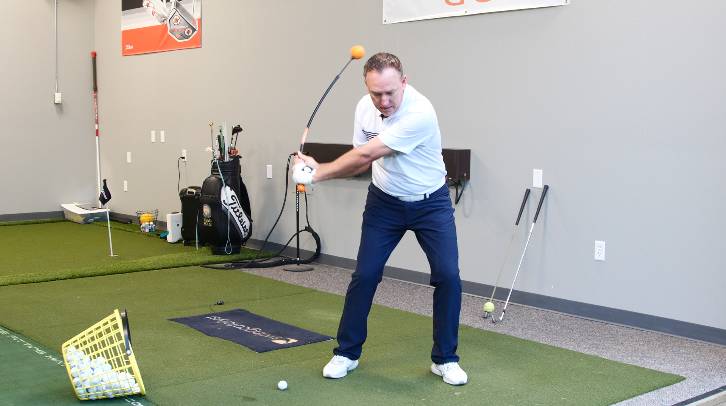 Lag is not a bad thing. However, it’s also not a cure-all for amateur golfers, and it can actually hurt your swing if you don’t know how to incorporate it properly. Fortunately, with the right knowledge, you can increase your distance by increasing—and then decreasing—your lag.

Most people have an opinion on golf lag, and we want to hear yours! Does this advice make sense to you? Do you adamantly disagree? No matter what your position is, join us in the comments section.