What Is Lag Putting - The Key To Eliminating 3 Putts? (All You Need To Know) - USGolfTV

What Is Lag Putting – The Key To Eliminating 3 Putts? (All You Need To Know)

What is Lag Putting?

Let me begin by explaining what the lag putt is. It involves putting very close to that hole accessible for the shorter putt. This is called lag putting – the key to eliminating 3 putts. Golfers like you and me use lag putt drills to eliminate 3 putts in the game. All you have to do is control the putting distance for longer putts.

If you’re a high handicapper, then you know how likely you are to hole the putt 15 or more feet away from that hole. Holing it sounds like a pipe dream in that case, doesn’t it? So the next best option is to get it close to the hole with the help of lag putting or distance control.  These are golf tips beginner golfers can implement today and shave strokes instantly.

So what I’m about to do is share the different lag putting techniques. This way you can start practicing the concept the next time you head out to the course. It’s time to put an end to 3 putting!

What is the leading cause behind 3 putts? As a professional golfer, I know that it’s distance control. More often than not, beginners tend to play on a course with a level green. This is the primary reason why putts are not subjected to significant breaks.

What this means is that most of the issues stem from your lack of skills to putt the exact distance. I was once a beginner myself, so I know how frustrating it is to fall short by only a few feet or go longer than you should.

But this comes with at least one good news. The natural feel and touch are already present in you. All you need to do is put it into action during putting. I know that it’s easier said than done. But when you know how to do it, the process of execution becomes much less complicated.

When talking about lag putting – the key to eliminating 3 putts, you need to know how to increase putting feel. Without it, you won’t be able to stop three-putting.

As golfers, we have an innate ability to figure out how close something is to us. Even off-course, tasks like opening the door, answering the phone, or taking out eating utensils require natural hand-eye coordination.

The connection of the nerves between our hand and brain is quite a familiar one. And it’s this connection that’s also responsible for providing that perfect putting feel. 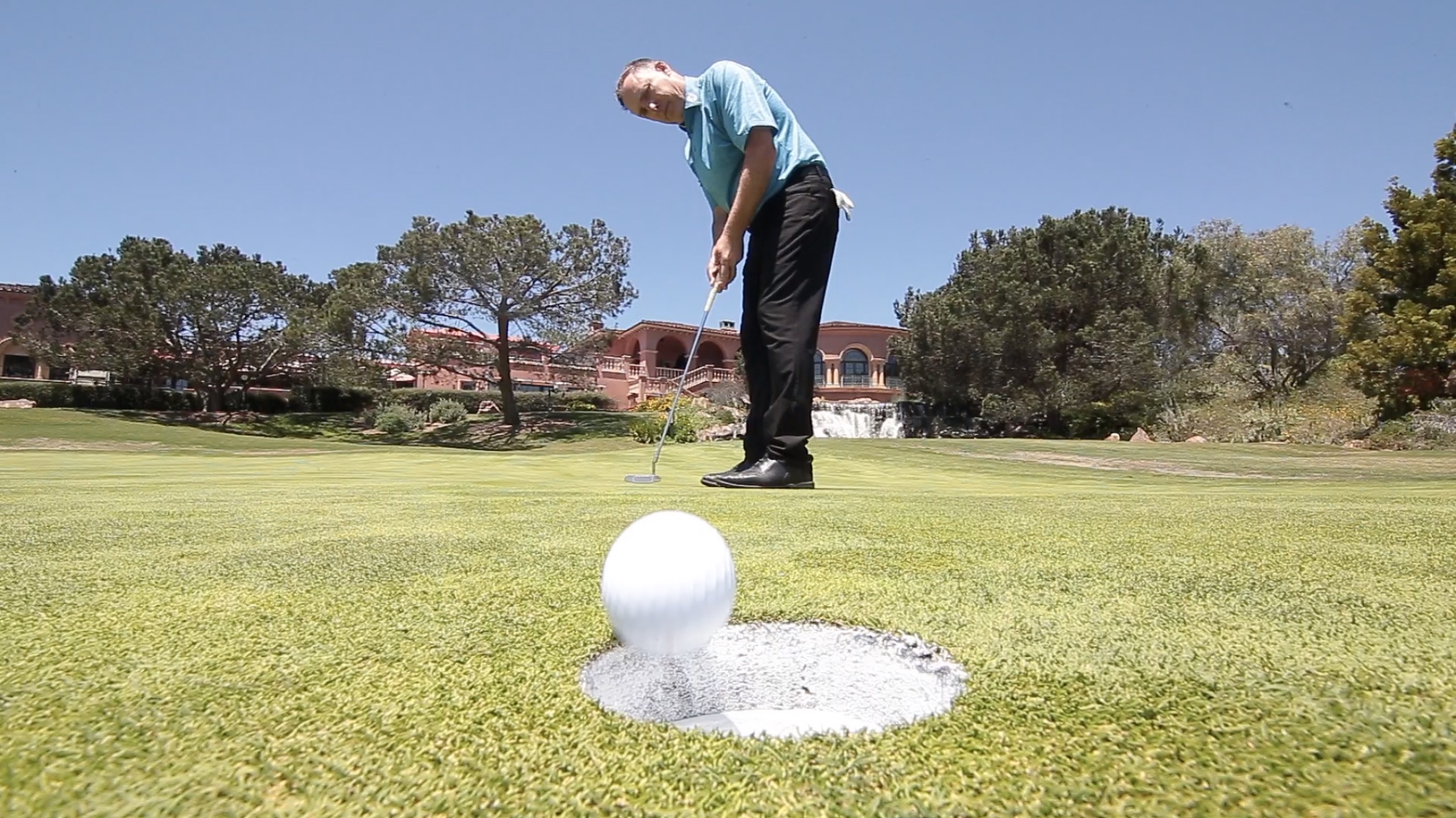 A putting grip encourages the left hand to provide stability. On the other hand, quite literally, you experience the pendulum swing and touch associated with an ideal putting stroke. This hand contributes to establishing the feel and touch of your putter. And that means you need to use it lightly.

The best way to go about it is to hold a coin using the same method, so you know how to grip the putter correctly.

Using such a light grip, you can practice as many putting strokes as you like without the golf ball. The goal is to build an experience where the left-hand holds the putter while the right one moves it gently through every stroke.

You can practice the strokes with the grip becoming lighter each time. Keep at it until your putter seems like a lightless weight in the right hand. And what this does is improve the putting touch to a great extent.

For lag putting – the key to eliminating 3 putts, it’s not just the feel of the club that matters. The way you use your vision is important too. Let me explain.

When you want to determine how far an object is from you, what do you use to do that? Your eyes, right? The activity of putting is the same as tossing paper balls into the basket. You look at the distance between you and the basket and based on that; you figure out how much force is required for the toss. So in such a case, hand-eye coordination is essential.

You can use the same logic for lag putting. You take a look at that hole to understand the distance. Following which you strike a few practice hits, so your body enters the zone.

Now with the light grip that we talked about earlier, you concentrate on not the technique but the putter speed. There’s no point in thinking about the strength needed for the job. Just let your natural instincts guide you through the process.

This is one of the most efficient lag putting tips that I can provide you with. You should know that all the information might sound complicated, but it’s not once you get to the course. And it doesn’t matter if you’re a beginner or professional, golf clubs make everything possible these days. I mean you even have the opportunity to buy the beginner golf clubs. The market offers many options that make every task easier to accomplish.

One of the Most Important Lag Putt Drills

This is an important part of lag putting – the key to eliminating 3 putts.

Take at least six golf balls and line them up keeping a distance of 8 feet between them. Then use four tees to round that hole, but place them 5 feet away from the hole. Now it’s time to cycle through every ball just to see how close it gets within that circle.

What this does is keep all the golf balls at different distances from that hole.And this encourages you to keep your senses engaged and guessing. After practicing the technique for a while, you will start to reach inside that circle more regularly. So once you achieve something like this, it’s time to shrink the circle and make another attempt.

If you consistently practice like this for as long as an entire week, you will notice an improvement in lag putting. So if you want to know how to avoid 3 putts, this is it!

When you improve your lag putting, you get the opportunity to lower your golf scores. And that’s because instead of three putts, you end up hitting two.

So before you begin your round, feel free to strike at least a dozen or two lag putts. This gives you a better feel when it comes to the speed of the course. At such times, what you need to concentrate more on is the putt’s speed and getting that golf ball to stop right where you want it to.

Another way to go about this is to strike the balls into the washtub and not the hole. You should be aiming for a bigger target as that ensures less than a 2 or 3-foot second putt.

But when you’re dealing with longer putts, open up your stance maintaining a good distance from that ball. Now is the time to loosen your grip on the putter. 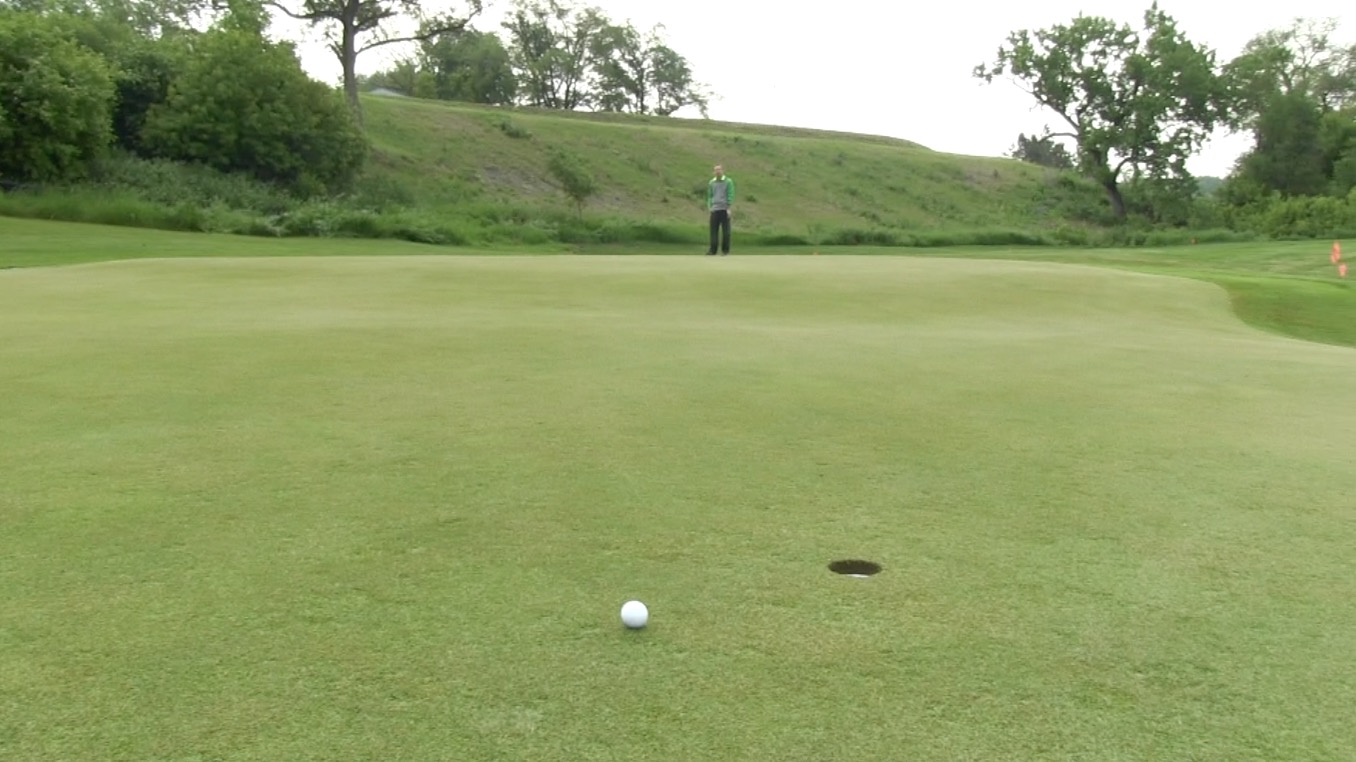 These might sound like small changes, but that’s not what they are. Once you free those shoulders and arms, you swing back and come through in a much better manner. And this pushes the ball in the right direction without going off-line.

Very few golfers know how to read long putts. The best way to go about it is to travel halfway between the hole and ball. At this point, you should be able to spot the slope pretty clearly.

You can use the word “Lag” for any type of length putt. But it’s often used to describe a second and shorter putt that occurs after missing the first one.

When you say that you need to lag the putt up close or by the hole, you’re using the term “Lag” as a verb. Whereas, a phrase like “Nice lag!” is a more after-the-fact usage context.

When talking about lag putt drills, you know that the most important one is distance control. And this is something that I’ve already discussed in the article. So it’s time to move on to the next section.

Other Types of Lag in the Game of Golf

In the last section of lag putting – the key to eliminating 3 putts, I’m going to talk about the other types of lag.

Now you already know that the term “Lag” doesn’t only apply to the act of putting. I have heard many golfers talk about “clubhead lag” as well. Even your swing can have great lag, or you might need to improve the clubhead lag.

So it’s time to explain this to you. What is clubhead lag? This is when your hands are behind that clubhead, thus trailing it into impact. It’s that simple!

Time to Wrap It Up!

So this was lag putting – the key to eliminating 3 putts.

When a long putt gets as close as possible to the cup, it constitutes as a lag putt. If it ends up in that hole, then there’s nothing like it! But that doesn’t happen now, does it? So at such times, what you need to do is shorten the length of the second putt. A decent lag encourages you to strike an easy and simple follow-up putt. And this eliminates 3 putts.

So tell me, was that hard to understand? And when are you going to start working on your lag putting?  These concepts are golf tips beginner to avid golfers can understand and implement. 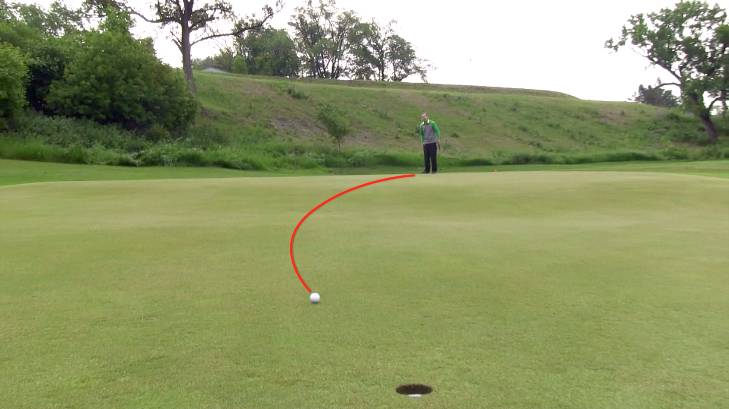 Please feel free to share your stories with us here. And if you have any helpful tips to offer, please do so. You can leave your comments in the section right below.

Are there other facets of the game where you continue to struggle to see improvement?  One of the reasons could be explained here.

I hope the content of the article was clear and informative enough for you to understand. My goal is to make the game of golf more fun and less challenging.

Thank you for reading.