Yuma Hybrid Chipper Review: Overcome Your Fear Around the Greens?

When you ask an amateur golfer today what their favorite club in their bag is, more often than not they’ll say their hybrid.  But why is that?

Hybrids are our rescue club, they’re usually very forgiving and can provide a decent amount of distance.

They also can be used in a number of different situations on the golf course… Some golfers even use them for chipping around the greens.

Why would they use a hybrid for chipping?

There’s a couple of different situations where it might be beneficial.

Another situation where it might be useful is when you’re on the fairway or fringe and there’s a long distance of green between you and the hole.

Using the hybrid like a putter, a high-level golfer might hit a “bump and run” shot that is much more forgiving than trying to fly a wedge shot all the way to the hole.

But the most important reason is to stop chunking or thinning your chip shots. And that may be the biggest benefit of this new hybrid chipper.

Plenty of amateur golfers struggle with chipping. It is one of the hardest parts of golf, primarily due to the touch and feel. The chipping struggles that you experience could be resolved with taking a new short game approach.

With the Yuma Hybrid Chipper, every level of golfer can have that same confidence around the greens, even with a hybrid chipper. 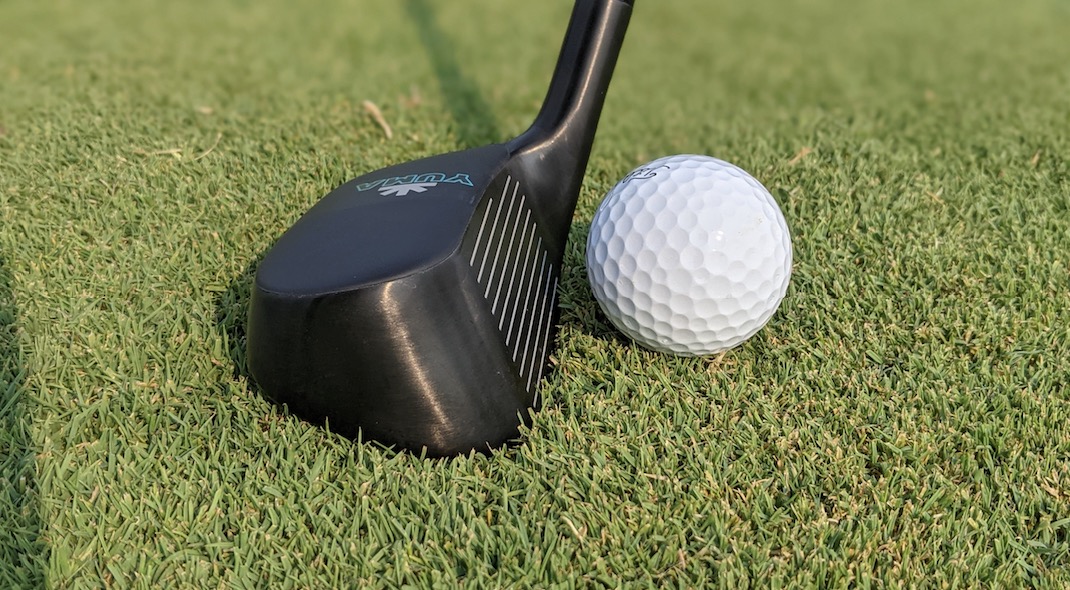 With all of that in mind, it bears asking: why doesn’t someone take the features you love about your hybrid and put it into a chipper?

What is the Yuma Hybrid Chipper?

We’ve all gotten up to a chip shot around the green, and either chunked or thinned it. This action usually causes the ball to skid across the green or plop less than 5 feet in front of us.

This result is an awful feeling… and it’s something that the Yuma claims it can completely fix.

Many golfers use their regular hybrid to chip around the greens because it’s extremely hard to chunk it, unlike with your wedges or irons.

There are still, however, some drawbacks to chipping with your regular hybrid.

Most hybrids are around 39-40 inches long, with a flatter lie angle and almost always will have less than 30 degrees of loft.

What does this mean when chipping around the greens?

Because hybrids are meant for hitting full shots, you have to adjust the way you use the club in order to hit a successful chip shot.

Hybrids are generally very long, forcing you to grip down. Their lie angles are also very flat.  This makes it difficult to achieve any height in your chip shot.

The Yuma changes these two basic design factors of a hybrid, with a shorter shaft and more upright lie angle.  The result: easy use around the green. 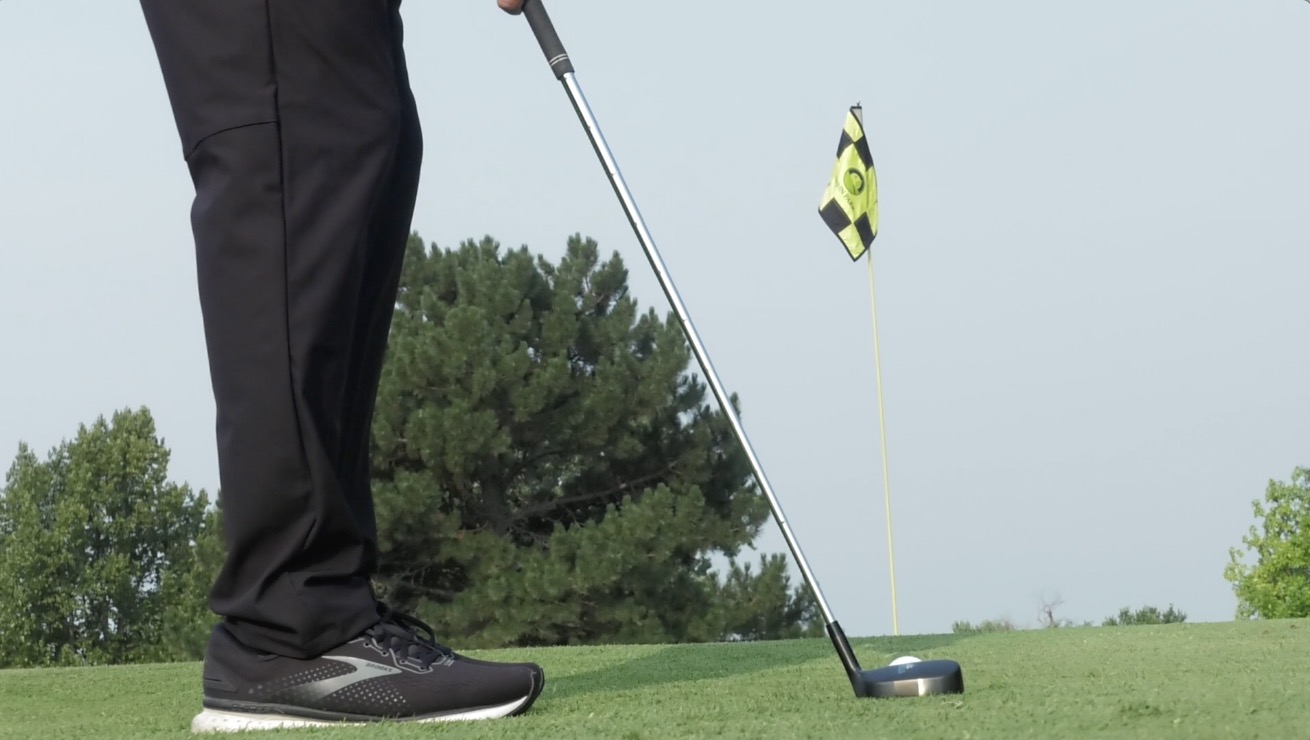 The Yuma–despite looking more like a hybrid–is designed to actually improve your short game.

So how can the Yuma Hybrid Chipper help your short game?

It’s all in the design of the club.

The shorter length and more upright lie angle allow you to set up to the shot more like you’re hitting a putt. 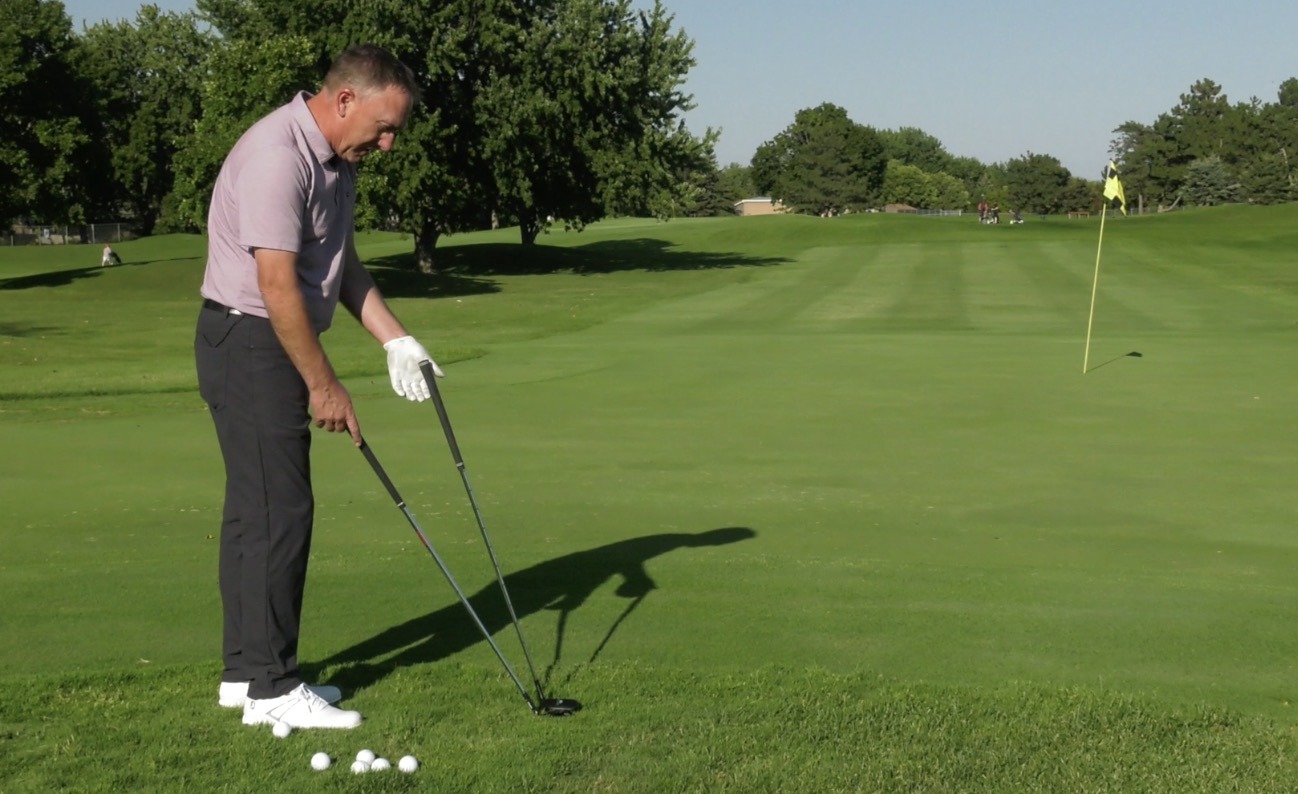 The loft on the Yuma is similar to that of a 8 or 9 iron… which is much more than a regular hybrid would typically have. The extra loft helps the ball pop up effortlessly off the turf and roll on the green like a putt typically would.

The Yuma was designed to have a massive sole, which will make it nearly impossible to dig into the ground. Chunking your chips will be a thing of the past!

The length, loft, and shape of the Yuma head will completely eliminate that chunk or thin chip shot that you’ve experienced around the greens.

The best part about the Yuma is you can literally make your regular straight back and straight through putting stroke when using it for a chip or pitch shot. 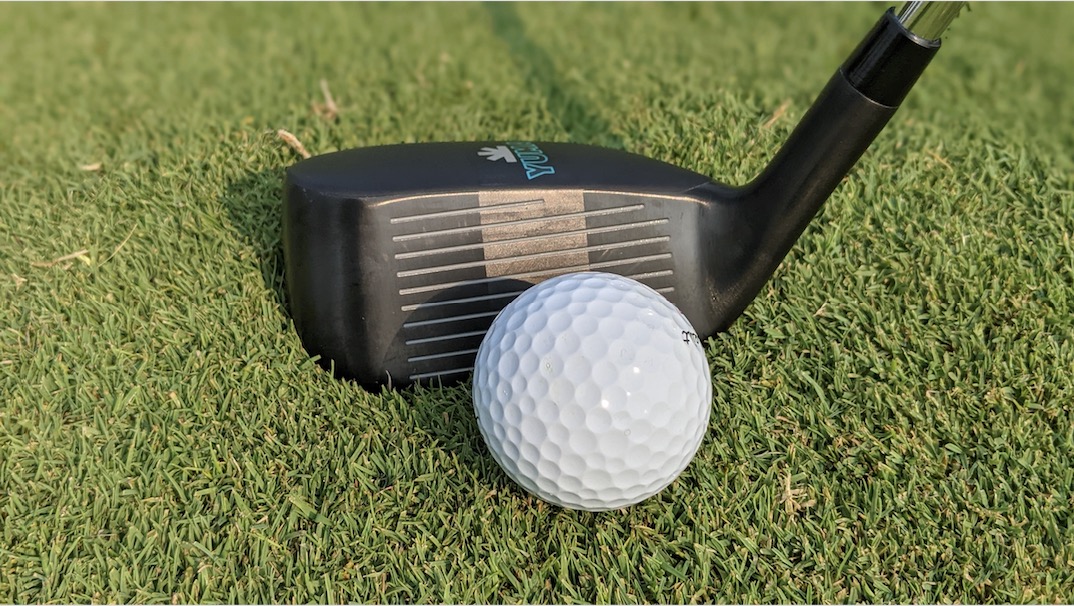 The ball will get up in the air and roll out just like a putt.

If you’re looking to improve your short game and find yourself frequently chunking or thinning your chip shots then the Yuma might be for you!

Chipping and pitching around the greens is one of the hardest parts of golf and it’s an area that nearly all amateur golfers struggle with. It requires tremendous touch and hours of practice to master.

The Yuma golf chipper, however, takes away all the technique needed and is designed to be used with a putting stroke… straight back and straight through. Making chipping around the greens much more simple.

So yes, Yuma Hybrid Chipper is really exactly what it sounds like. 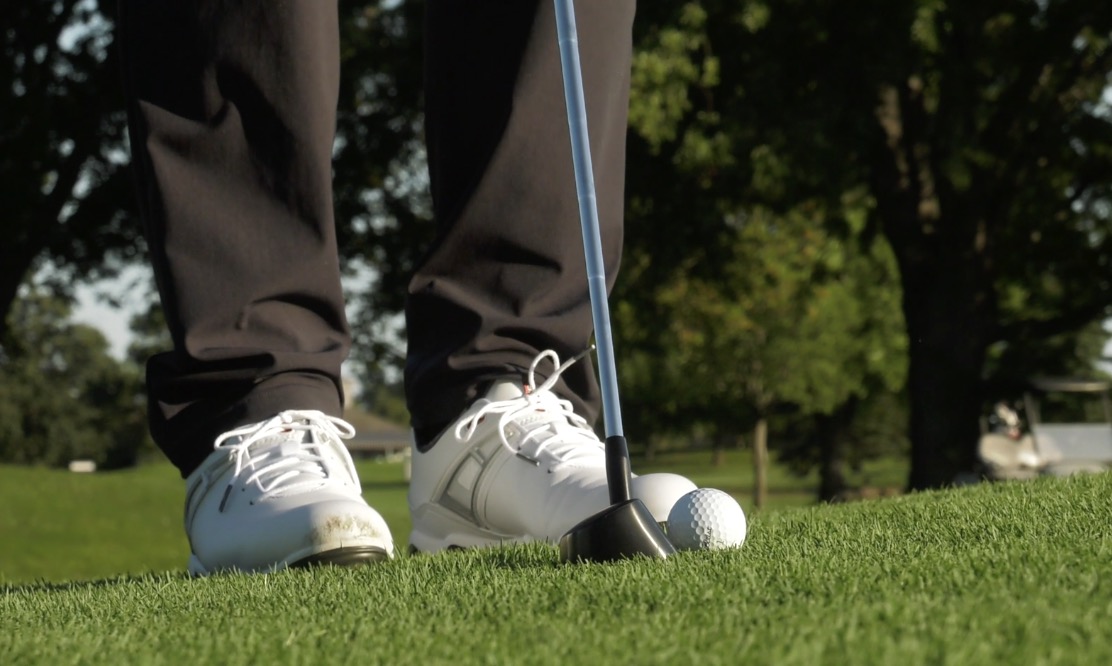 A forgiving, easy-to-use short game tool that will definitely help you ability around the greens. The design of the club was meant to eliminate that chunk or thin shot that we all want to avoid.

With the Yuma, you’ll have confidence in your ability to stick a chip shot close to the hole.